This is a word cloud image based on a poem I wrote about an imaginary critter called a Snorkenveasil. 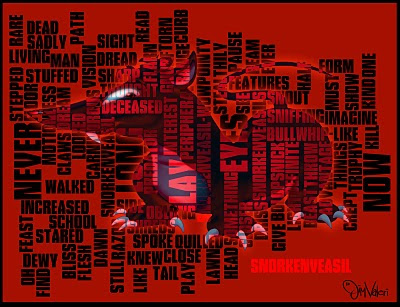 Here's the text I put in the generator:


As I walked down the path in the half light of dawn
Something lay still on the curb by my lawn
As I stealthily stepped in range of my find
It looked like a Snorkenveasil (of the carnivorous kind!)
I crept ever closer to the motionless beast
It was a rare sight on which my eyes did now feast
I had read of such things in school by the ream
But to see one up close I never would dream….
Oh a Flarn, a Bolopsnick, a Gnorf or a Driss-
But a Snorkenveasil-Wow! Imagine my bliss!
It’s form long and dewy and sadly deceased
As I stared at its features my interest increased
The snout was long & pointy and quilled…
A definite advantage in sniffing its kill
The oblong eyes on the side of its head spoke of
Peripheral vision; he was a predator to dread
A bullwhip-like tail and such razor sharp claws
If it were living would give a man pause
I thought to myself, “what a trophy to show!
I must have it stuffed or on my floor as a throw…
….but now here I lay flesh torn to shreds
for I never knew Snorkenveasils play dead!

I wasn't really a Fraggle Rock watcher in the 80's but apparently there was a fairly significant following at the time. I did these a couple of years ago for Jim Henson Co. in addition to a style guide and tried to capture that period with these simple T-shirt concepts. They wanted an eco-friendly twist on a few of them... 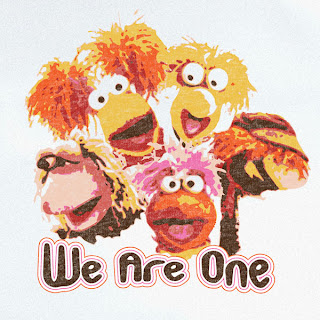 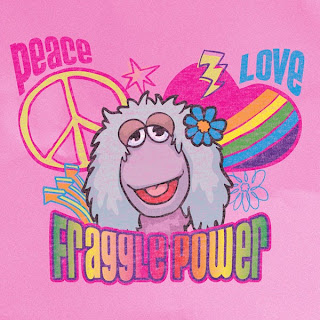 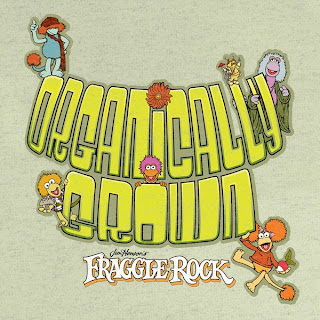 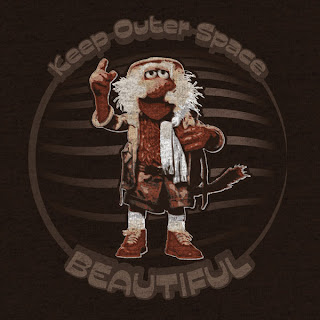 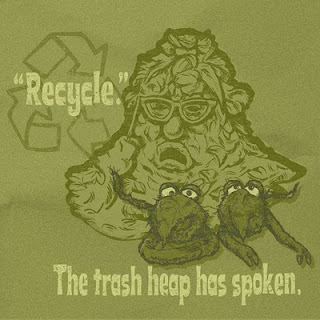 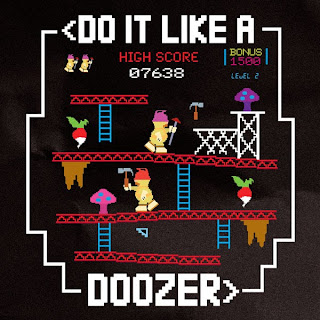 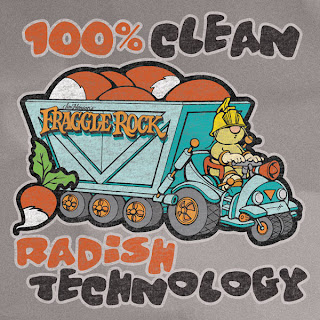 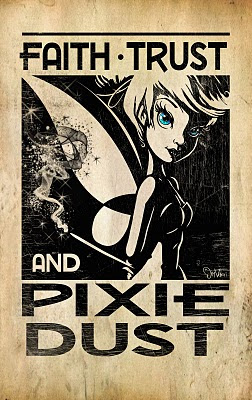 The image above is for an internal global contest of sorts at the Disney Store that was to focus on Tinker Bell. I only had a couple of hours before the deadline to get something in and this was my offering. Amazingly, somebody suggested that her Magic wand, no doubt still billowing after some amazing feat, was too reminiscent of a cigarette...thus it won't end up on any product. Phooey! I refuse to change it. Political correctness be damned.

I was trolling some art sites awhile ago and was inspired by some great caricatures by Jason Seiler so I thought I'd practice with Zbrush and see if I could try to knock one out. I still don't have the skills to do a finished, totally realistic sculpt, but it was a fun 3 hour exercise.

I did this for our in store Christmas Campaign this past Holiday. I did a bunch more along these lines that ended up on mugs and ornaments and such...but this piece still kind of tickles me. 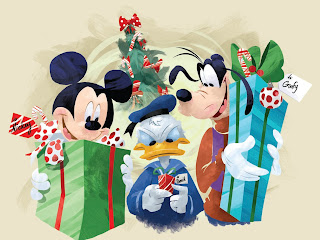 All Aboard the Dinosaur Train!

My wife Kara & I did a couple of Style Guides for Jim Henson a couple of years ago before I re-joined Disney. This is a small sampling of it. The art you see here was executed in Adobe Illustrator......yep...that's what I said.....Illustrator.
I had to get really familiar with the gradient mesh tool! It was a fun project and I think the show is still doing pretty well for Henson on PBS. Why wouldn't it? Dinosaurs and trains? All they need to add are some race cars and spaceships with heavily armed trash talking mutant alien zombies and Ba-Boom! Boy Heaven! 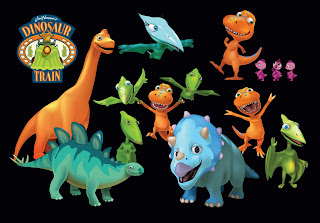 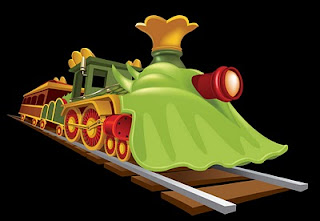