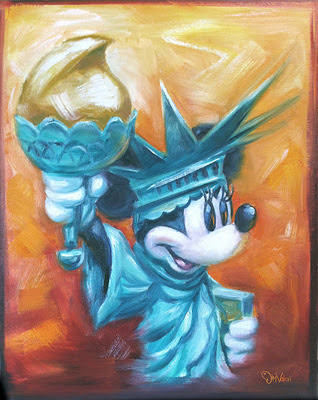 This was for our head of IT as a thank you to some folks who worked some big project. I love Dug from UP. He reminds me of my own Golden Retriever Toby. 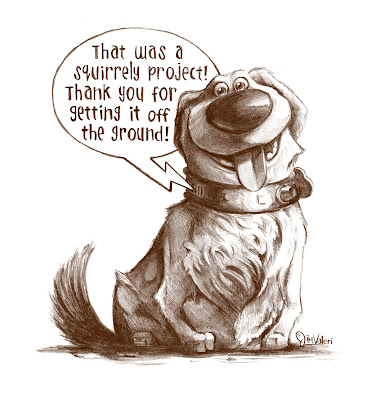 I floated this product concept in my first week at TDS... 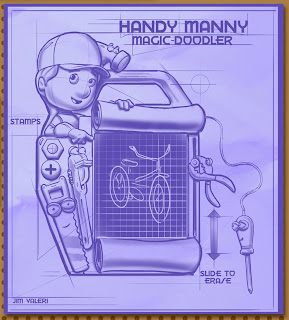 This was a little experiment I did over the weekend using oil color on a coated cardboard surface that I have only used for pastels in the past. I like the vibrancy that you can get with it and I wanted to explore the transparency of Tink's wings. It's always a challenge to paint something like this without any reference, so one has to guess about the hues, values and lightplay...it was fun though. 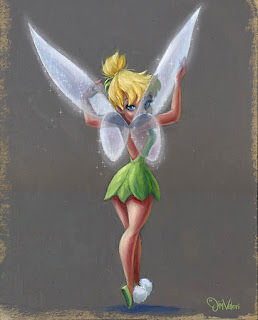 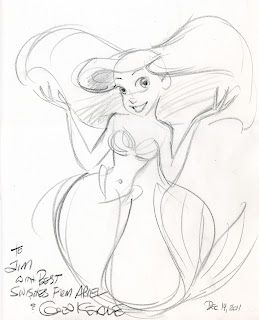 What's that Ariel sketch all about you ask? Oh nothing, just a little something that GLEN KEANE drew for me when he was visiting TDS a couple of weeks ago! That's right, the one and only GK. 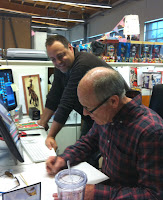 He is such an amazing guy...very humble and gracious. Glen is a true gentleman and an inspiring story teller in conversation as well as with a pencil. He gave us some awesome insights to what it was like to work with several of the Nine Old Men. For instance, he told us that Ollie Johnson once told him not to animate what the character is doing, but to animate what the character is thinking.

When he came by, the sketches below were hanging in my cubicle. I did them a couple of years ago while sitting in Jury Duty. He told me he really liked them and said they reminded him of Ariel. As I recall, I actually did have her in mind, but I was just trying to draw a contemporary young girl with no reference in front of me at the time. 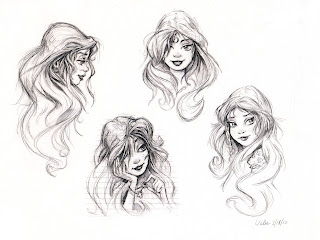 He spent a couple of hours with us creative types at TDS and was very generous in doing unbelievable drawings for us of several of his creations such as Ariel, Tarzan and Beast.
I informed him that besides both being incredibly handsome brutes, we have something else in common...we both have the same gardener! Salustrio has been doing both of our yards for 15 years...I think Glen's yard may be a little bigger than mine....just a guess.

Bryan Mon is one of these genius types that can draw like a mad man and work out some hairy trigonometry problem at the same time. He is truly talented. We worked together back at Disney Consumer Products in the nineties as well as at Cartoon Network more recently. He has been working on a fantastic comic book called "Unstoppable Tuff-Girl" for awhile and now the first issue is in print. 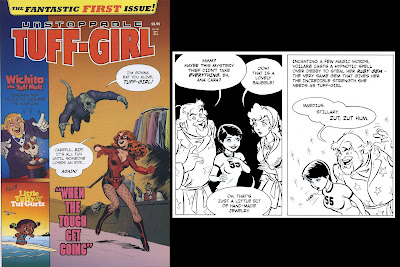 I have been honored to be caricatured as a conniving boardwalk magician named "Volaire"
and my partner in crime is none other than my lovely wife "Ana Cara." (Kara)

Bryan and I haven't seen each other in about three years, so he
drew me as he remembers me, with longer...ahem...blonder....hair and much more than I actually currently possess. Kara pretty much still looks the way he drew her.
Thanks Bryan!